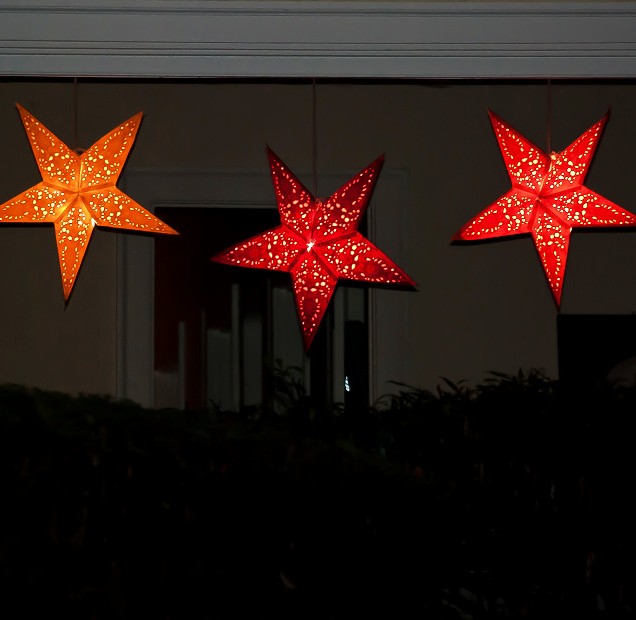 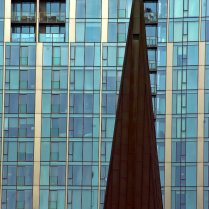 In case you haven’t noticed, it’s Winter! Happy Winter Solstice 2013! Despite all the cold weather we’ve been having in the North Winter won’t officially arrive until 5:11 pm on December 21. For the past couple weeks, I’ve been going around Portland, Oregon and collecting some random images of Winter. I hope you like this small collection?

The first image is taken from one of my favorite houses in my neighborhood. They always put up these three stars in their window every Winter for the holidays. I love all of their decorations.

The Second image is of the crossing guard on the Hawthorne Bridge. In this context it kind of looks like a Candy Cane.

In the third image you’ll see the side of The Indigo at 12 West, one of Portland’s modern office buildings with the steeple from the nearby First Presbyterian Church in front creating a nice contrast between the two buildings.

The fourth image is an image of some Heavenly Bamboo, otherwise known as Nandina, on a cold Winter morn with the remnants of a past spider web handing from the weight of the morning dew. Don’t eat these berry’s, or any part of this plant because of it’s hydrocyanic acid content. The plants berries can be used to manufacture Hydrogen Cyanide. Very Poisonous!